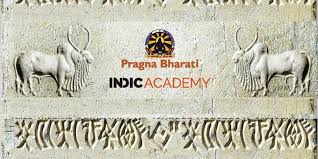 Pragna Bharati and Indic Academy are jointly conducting a National Seminar on Dec 7th at ISB Campus, Hyderabad — “Bharat Beyond Aryan Invasion Myth“. More than 10 experts from across the world will be speaking to writers and opinion makers about the arguments and evidence for and against the Aryan Invasion theory. In a format designed to ensure that students and writers get a comprehensive picture from more than five disciplines in five interactive sessions — European Historical Context, Archaeology, Linguistics and Comparative Mythology, Genetics, and Literary Evidence. Visit www.pragnabharati.in for registration. Registration is free. Support provided for non-local registrants.

Confused by recent coverage on Aryan Invasion evidence? Triumphant contradictory claims from both sides of the Aryan Invasion debate is confusing. The narrative from reports on Rakhigarhi Ancient DNA analysis, or excavations at Sanauli and Keezhadi, swings from one extreme to the other depending on who you read. Lack of sufficient comprehension about evidence for and against the Aryan Invasion theory in the broader non-specialist intellectual class of the society makes it susceptible to suggestion by propaganda, and be easily misled by uninformed writings.

At a time when the Aryan Invasion Theory is collapsing at a fast pace based on evidence against it being discovered every year, there is great need for non-specialist opinion makers and narrative builders to understand the nuances of the arguments of both sides, be able to assess the arguments, and see through propaganda. They should also be able to communicate the demise of the theory factually without over-representation. Learning from all the experts assembled at a single place would make this possible and will allow them to imagine an India beyond the Aryan Invasion Theory. About 120 selected non-specialists chosen as audience for the seminar include writers and opinion makers in their own fields — writers, journalists, film script writers, judiciary and legal fraternity, traditional scholars, religious leaders and commentators, administrative academics and policy makers, university professors, researchers, advanced students of political science and history, social media influencers, etc.